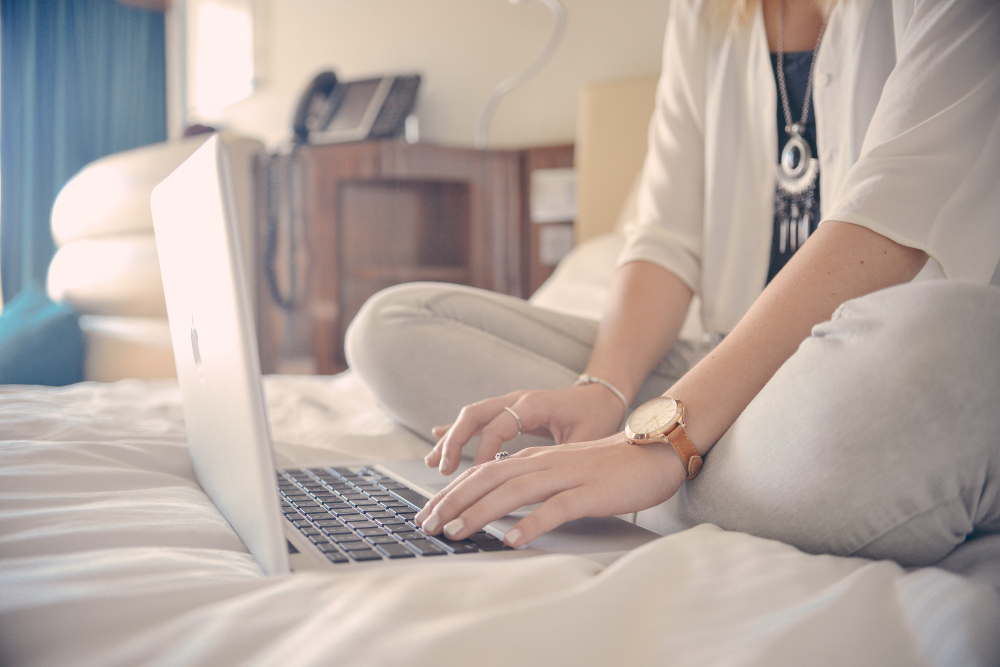 The short answer is … Yes!  It is very safe to sell on Poshmark and I will explain exactly why with some examples from my own personal experiences.

Of course, there are some minimal risks and I will explain those along with strategies to avoid running into those risks.

When you make a sale, Poshmark immediately retrieves funds from the buyer and holds on to that money.  Poshmark keeps the money until the item is delivered and accepted by the buyer.  The buyer has 72 hours from the time of delivery (as noted by USPS) to accept the item or raise a case against it.

If the buyer does not accept the item within 72 hours, then Poshmark automatically releases the funds to you.  So if the buyer stops logging in to the app after the purchase or they just totally forgot to accept it, then you will still get paid.  I have had this happen several times and it stinks to have to wait, but you will always get paid in the end.

If the package goes missing or gets damaged during delivery, then you will still get paid and Poshmark will take care of claiming a refund from USPS.

A few times, I have seen someone try to buy an item from me and have their credit card automatically declined.  Since Poshmark is unable to collect the funds immediately, they will not send you the shipping label, so you cannot accidentally ship something that hasn’t been paid for.  They will let the buyer know that the purchase was not paid for.  You can also leave a comment explaining that the sale didn’t go through, but I usually just let Poshmark handle it.

You must provide your actual address so the generated shipping label will be accurate.  Otherwise, the post office could refuse to deliver the package.  There is a small risk involved with strangers having your address, but they are paying money in exchange for a physical item, so 99.99% of transactions are going to be legitimate.

I have never felt personally concerned about anyone who has bought from my closet, but I have heard the occasional story when a seller cancelled a sale because it seemed fishy to them.  You are always free to cancel a sale if you don’t feel good about it, but the listing cannot be marked as available again and you will have to start over again with likes.

Buyers have 72 hours to make a claim against accepting the item that you sent.  There are several reasons that their claim could be approved, such as

One of the biggest risks that I have seen is a buyer will purposely damage an item and claim that it showed up that way so they can get their money back.  Since Poshmark does not allow returns under normal circumstances, some people will try to get around that.  If you can’t prove that you sent the item in good condition, then Poshmark might approve the buyer’s case and refund their money.

Poshmark will generate a return shipping label and will only release funds back to the buyer once the item has been delivered back to you.  Unfortunately, if the item was purposely damaged, then you are out both the money and the item since it can’t be resold.

The best two ways to prevent this from happening are to take very clear photos and accurately describe what you are selling.  Additionally, as you pack something up before shipping it out, take a quick video with your phone to show that it is undamaged.  You can always delete the photo once the package has been accepted or the 72 hours is up and you get paid.

I typically will only spend the extra time to video the condition for more expensive items as I haven’t had many issues with attempted returns.  Out of 113 sales, I have only had one return and that was because I messed up on a measurement, so it was completely justified.

While Poshmark does all they can to protect both sellers and buyers, trading is not officially supported.  You technically can trade through the app, but you are doing so at your own risk.  Poshmark cannot help you if the other person never sends their package.  They can also not help if the person you traded with sent damaged or misrepresented items.

I have seen a good number of closets that appear to trade frequently and successfully and I have also randomly stumbled upon posts full of drama abut how one person did not fulfill their end of the bargain.  I personally will not do it.  I’m not interested in taking the risk and I mostly want to get rid of clothes and make money anyways.  I actually get asked to trade pretty often and I will just politely explain that I am only selling at the moment.

Even though there may be a few bad apples out there, most poshers are totally awesome.  Like I said earlier, I have only had 1 return, meaning the other 112 sales went great and I was paid as expected.

I’ve always felt safe while interacting with people through the app and I have definitely always felt like Poshmark had my back.  After all, they make money when we make sales, so they want us to succeed!